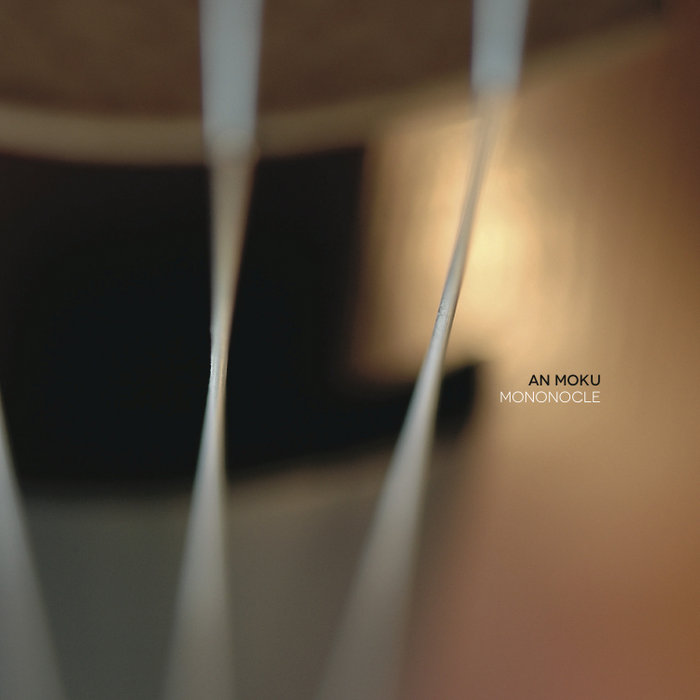 “MONONOCLE” is about transforming sounds and wooden noise. Hum, thunk and clunk. It is like listening to repeating sounds in different ways.

Dominik Grenzler (aka An Moku) is a musician and sound artist with a spot for experimental and ambient soundscapes. Born in 1977 in Gdynia. Raised on a soundtrack of bubbly 80’s synth pop and early 90’s guitar music. Playing e-bass in several bands in Germany’s former coal-mining hub, the Ruhr district, from 1993 to 1995, he gained experiences in a wide variety of musical genres. This is followed by numerous performances with supporting acts for Whitney Houston, Joe Cocker, Marla Glen with Daniel Denecke amongst others from 1998 through to 2001. After a three-year creative break and thanks to his old friend Benjamin Maciej Pawlowski aka bnibs he finds his way back to electronic music.

Inspired by many experiences during travels in Switzerland, Japan and Iceland, encounters and further training Dominik started to explore sound in different ways. In 2008 he began with the initial recording sessions for AN MOKU – The sound landscape is formed by acoustic instruments, synthesizer sounds, home-made noise makers and diverse field recordings. The accentuation is provided by tweaks, clicking loops and drones. The result is a lush visceral collage. The literal translation of the Japanese word «Anmoku» is “tacit, unsaid, implicit” conveying that an idea or thought cannot be put into words but is subconsciously understood. Inspired and animated, with this approach, Dominik gives the listener a lot of room for imagination and interpretation.

“MONONOCLE” is (that kind of) a lush visceral collage. It is a conceptional album based on the session called “Stockwerk” created for a Belgic radio show in August, 2012. It contains parts of AN MOKU’s “Stumme Orgel || Stumme Geige” and the album “STILLE”. The intention of “MONONOCLE” is to make new structures out of captured sounds by remixing them. The result sounds almost like a kind of beats, altered violin synth sounds or vinyl scratches. Sometimes like a female voice whispering incomprehensilby or even like coal-shoveling down in an old scary mine! It is like listening to repeating sounds in different ways without recognising the source sound. That’s the beauty of the album.

ETALABEL was founded in 2005 by Grzegorz Bojanek. Its main goal is to support young up-and-coming electronic, experimental and ambient artists by providing a larger platform to promote their unique and exceptional works. So far, our label has been a good start for several artists who are now well-known in Poland's local scene, and even worldwide. ... more

Bandcamp Daily  your guide to the world of Bandcamp

Interviews With Butcher Brown and Slauson Malone, plus LP of the week by SAULT.