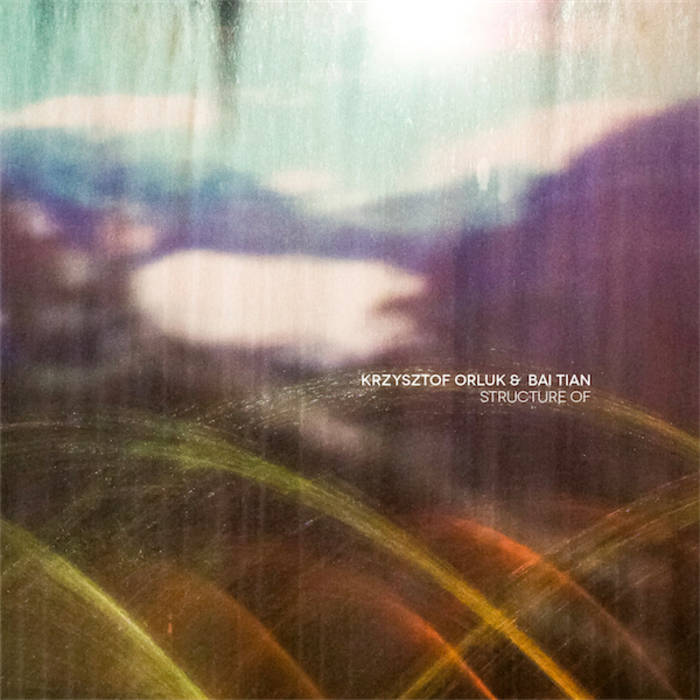 "[...] everything is executed with the greatest care and love of the microscopic detail of sound." (Frans de Waard - Vital Weekly)

After 3 years, ETALABEL proudly presents the 5th studio album of Polish and Chinese artists working as a part of the ChoP Project (www.chop-project.com). This time, Krzysztof Orluk [PL] and Bai Tian [CN] were invited by the founders of the ChoP Project, i.e. Grzegorz Bojanek and Zen Lu, to joint this transnational initiative.

Bai Tian about the project:

In 2009, I had made some music samples which could form a new album. In that period of time, I was in contact with several indie labels, but for various reasons those tracks were not released. One day, my old friend Zen Lu contacted me and said that he wanted to publish ChoP vol. 5 and had hoped that I could take part in the project. Actually, I've always been interested in the ChoP series, not only because of the high quality of independent music, but also the excellent design and the synergic concept behind it - I replied to Zen quickly to take part. Shortly afterwards, Zen introduced Krzysztof Orluk to me. The interested thing about Krzysztof it that he has the similar style of music as me. What is more, his style of photography processing is also the same as some of my photography works. It seemed to me that there should be no excuse but to force the birth of ChoP vol. 5. Later on, I started to use the samples which Krzysztof sent me and mixed them into my own unreleased music samples. In the same time, Krzysztof used my samples as his music elements. Finally, we selected 8 tracks which formed the final version of Chop 5. I have to say it is a great and joyful collaboration.

Krzysztof Orluk about the project:

ChoP is one of the most extraordinary projects I took part in together with Chinese artist Bai Tian. Despite obvious cultural dissimilarities: different tradition and history as well as the language, and huge distance which separates our countries, we could understand each other. The traditional conversation was replaced by the sound dialogue. We didn’t have a set aim as far as the final results of the compositions are concerned and we simply didn’t discuss if we should “use one sound or the other”. The exchanged sound files were so meaningful that the other side subconsciously knew what the creator of the sounds expected. During my work I used samples sent by Bai Tian adding sounds from my private collection of field recordings and short phrases as well as micro-sounds sampled from old Polish shanties released on vinyls. The whole collaboration was quite long but very fruitful for both of us. Therefore it would be an amazing experience to play a live-act together!

track #3 contains a sample from "northern" by Taylor Deupree

ETALABEL was founded in 2005 by Grzegorz Bojanek. Its main goal is to support young up-and-coming electronic, experimental and ambient artists by providing a larger platform to promote their unique and exceptional works. So far, our label has been a good start for several artists who are now well-known in Poland's local scene, and even worldwide. ... more

Bandcamp Daily  your guide to the world of Bandcamp

Interviews With Butcher Brown and Slauson Malone, plus LP of the week by SAULT.